I went to see Kingsman: The Golden Circle with my flatmate on 22 Sep. After watching the film, I got a strong impression of the film which made me uncomfortable and it’s  also unforgettable: putting a human into a meat grinder and made a hamburger of the human meat. (Oh THAT’S GROSS!!!!!!!)

Therefore, I decided to create something of the impression as my Day 3 project.

At first, I want to draw the image from the film directly. After a second thought, I drew another picture of a hamburger with some little man in it. I found it weird, creepy but funny at the same time. As a result, I decided to buy a real burger and made the image come true like this one below.

When the idea first came to my mind, I didn’t feel like doing so because this was not the style what I used to have. However, as the tutors kept asking or encouraging us to TRY SOMETHING NEW while creating works, I thought it’s better to give it a go. 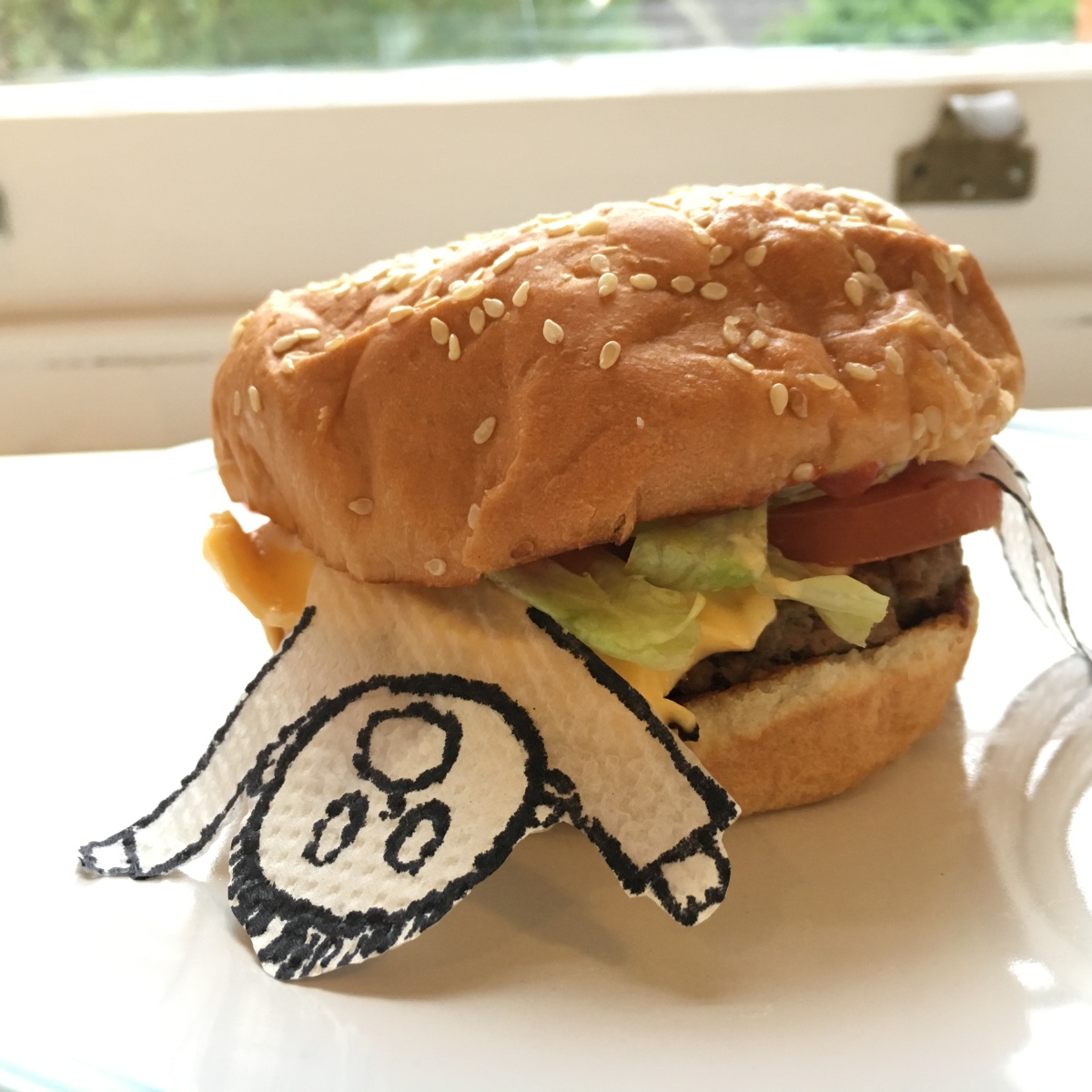 I found the outcome quite hilarious. Isn’t it? It’s worth a try!

Oh, what happened to the burger afterwards?