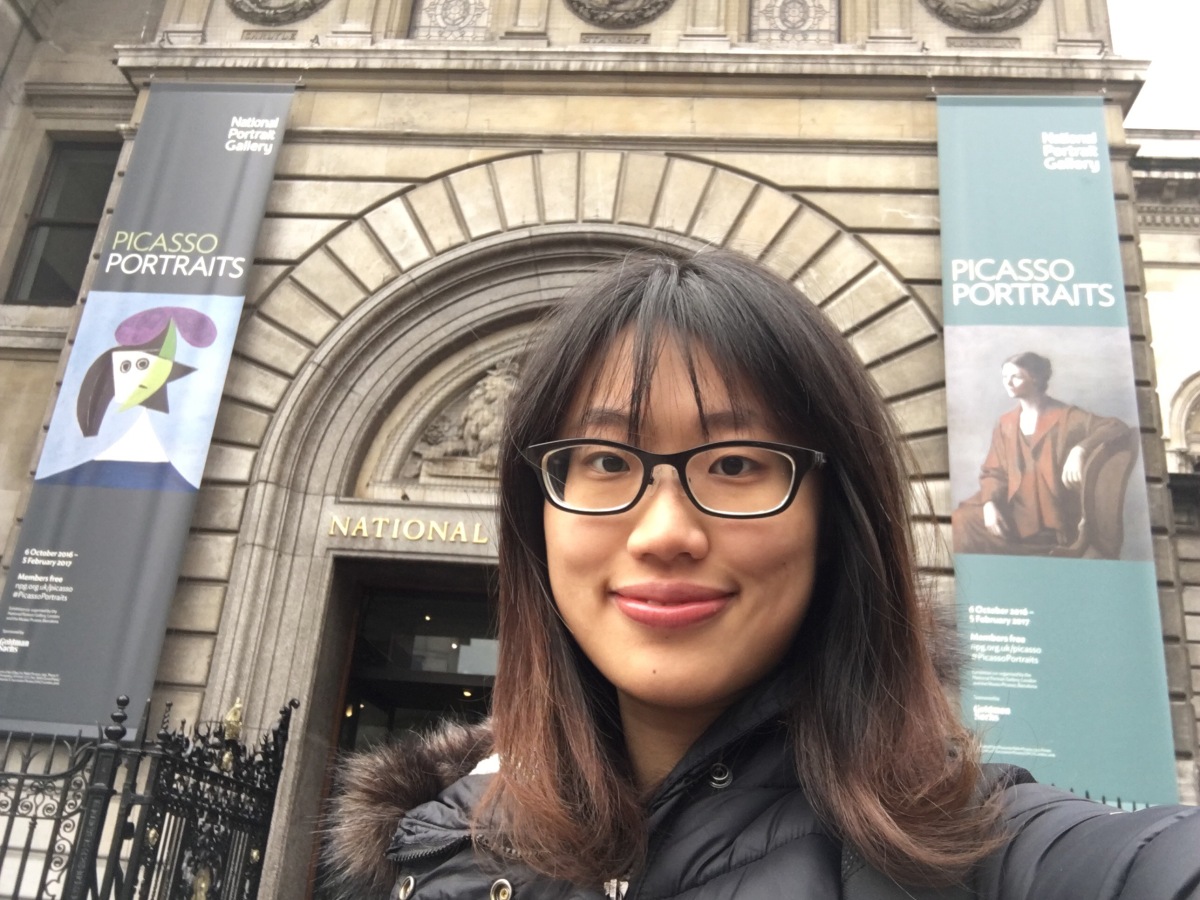 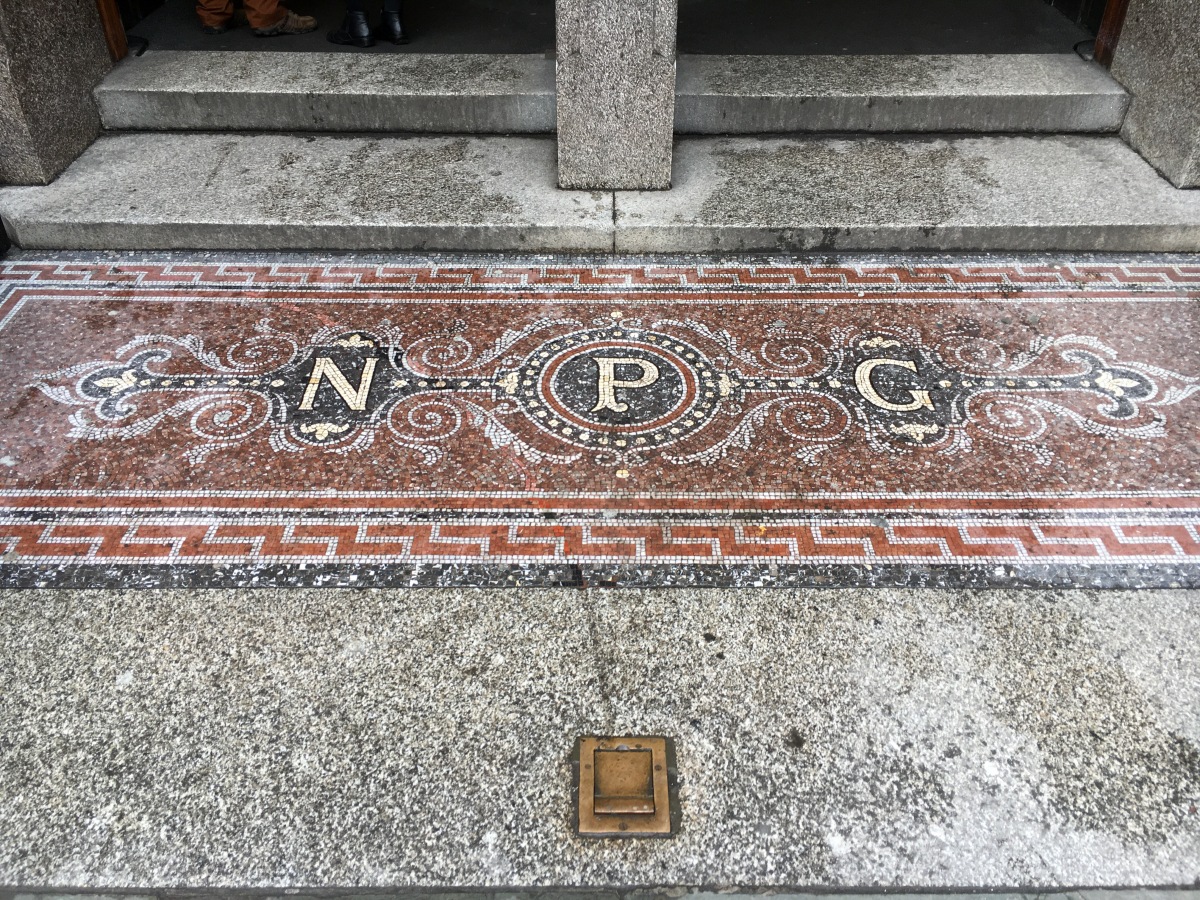 It was really a great pleasure to see Picasso’s portraits at National Portrait Gallery. I would like to see Master’s portraits and how he recorded his life with paintings. I thought it related to my project and my idea of “Record your story” as my manifesto.

On the leaflet it wrote:

“Picasso’s portraits epitomise the astonishing variety and innovation of his art. This major exhibition of over eighty works focuses on the artist’s portrayal of family, friends and lovers and reveals his creative processes as he moved freely between drawing from life, humorous caricature and expressive painting from memory.”

The exhibition started with the self-portrait which Picasso drew in his 20s and ends with the last self-portrait that he drew before he died on 8 April 1973.

Here were my notes and sketches while seeing the exhibition. 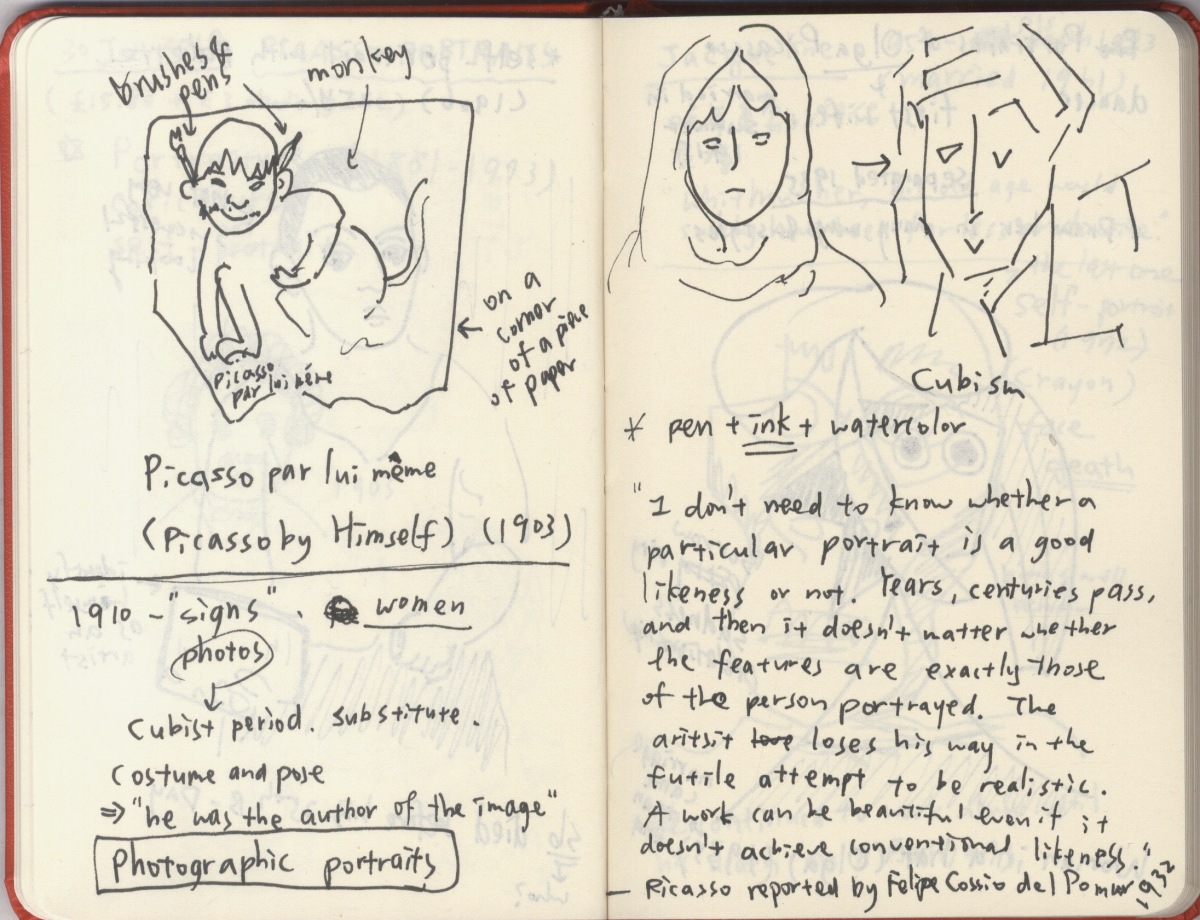 I liked his words which were printed on the wall, so I wrote them down:

“I don’t need to know whether a particular portrait is a good likeness or not. Years, centuries pass, and then it doesn’t matter whether the features are exactly those of the person portrayed. The artist loses his way in the futile attempt to be realistic. A work can be beautiful even if it doesn’t achieve conventional likeness.” –Picasso  reported by Felipe Cossio del Pomar 1932

His words encouraged me a lot. Sometimes, I was trying hard to draw something realistic, but it would never be as realistic as a photography. So, why not drew it just in my way? When years passed, the shape or the features whether looking realistic or not was no more important. But how and why you drew it matters.

As a result, I liked his work Woman in a hat(Olga) (1935) A LOT. This portrait was one of the reasons why the exhibition attracted me to see it.

Olga was Picasso’s first wife. He had drawn a lot of portraits of her in different styles. However, their marriage ended in 1935 so he drew her in a sorrow and pity way. Despite how sorrow the portrait might be, I liked the style of Woman in a hat(Olga). It inspired me that a portrait could be in different styles and shapes. 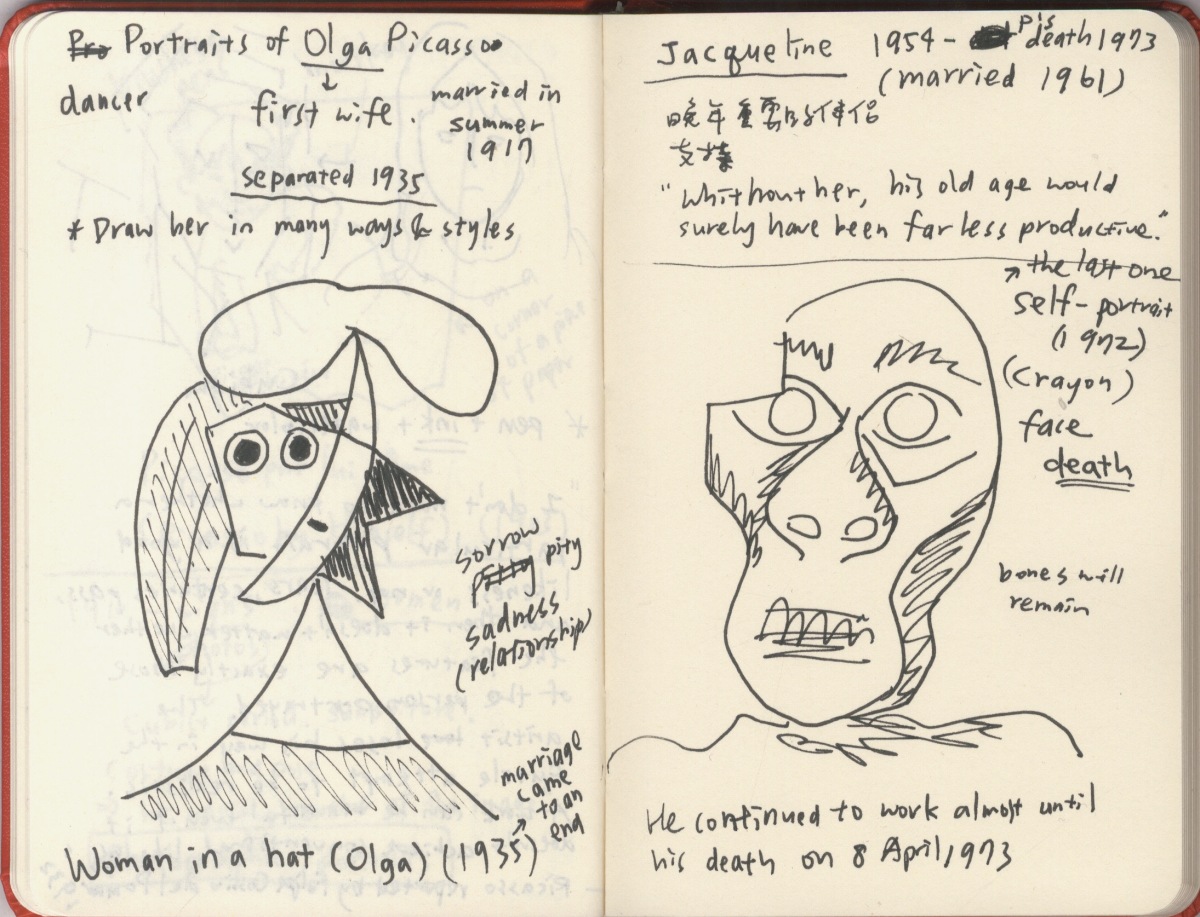 Unfortunately, I didn’t finish seeing all of the works carefully and listened to all audio guide due to the time limit (I had to meet my classmates and teacher after this exhibition).

It was really an inspiring and fruitful experience to see Picasso’s portraits. (And it was one of the reasons why I had to come to the UK to study art. These exhibitions were rare in our country!) 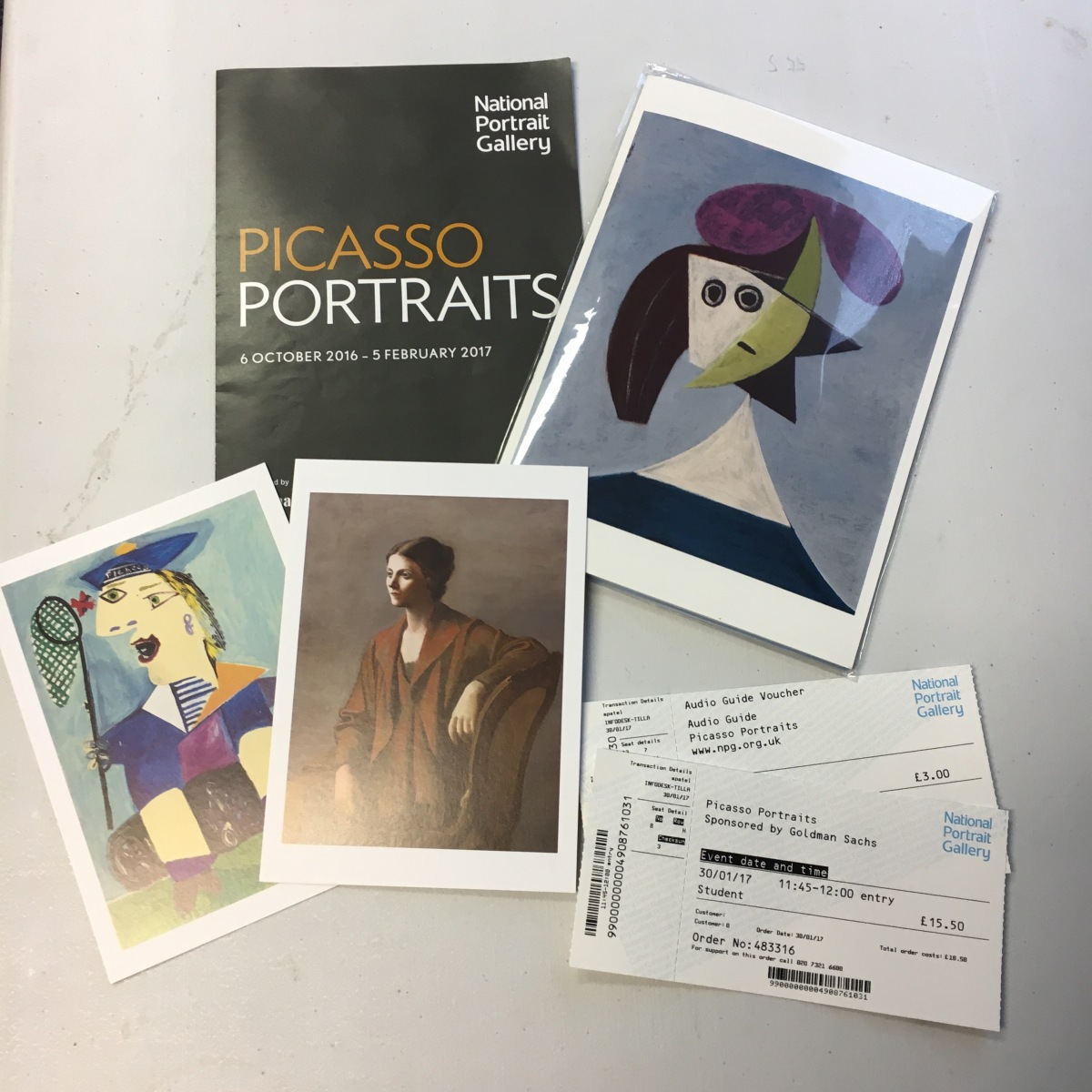